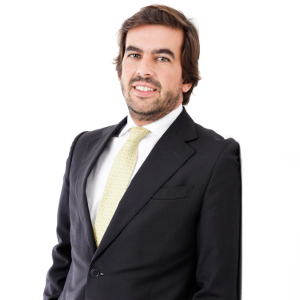 Born in 1974, Nuno graduated from the Portuguese Catholic University in 1998.

He obtained a Masters degree in International and Comparative Law from the Vrije Universitait Brussels in 1999 and a post-graduate degree in Securities’ Law from Lisbon University in 2000.

For the last 5 years, Nuno has worked at Abreu & Marques, Vinhas e Associados in the commercial/M&A department where he participated in an extensive number of Portuguese and cross-border commercial and property transactions.

He is one of the founding partners of PLEN and is the head of the M&A area of the firm and co-head of the commercial law area.