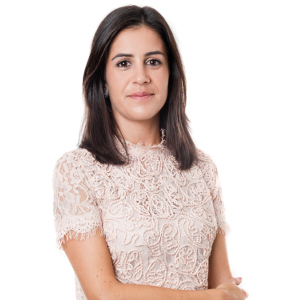 Born in Lyon, France, in 1987. Graduated by Coimbra’s University Law School in 2009, and a member of the Portuguese Bar Association since October 2014.

Accomplished an internship in Direcção Geral da Administração da Justiça between 2010 and 2011.