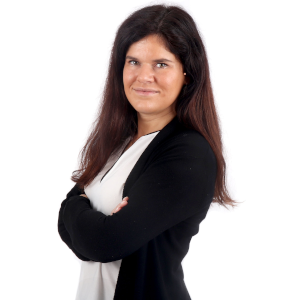 Born in Porto in 1982. Teresa graduated in Law at Faculty of Law of the University of Porto in 2006.

She completed a postgraduate degree in Iberian Taxation at the School of Business Sciences of the Polytechnic Institute of Viana do Castelo, in partnership with the Complutense University of Madrid, in 2009.

She has been a member of the Portuguese Bar Association since July 2009, having mostly worked in the area of Tax Law.

She was responsible for Angolan Desk of Gali Macedo & Associados in 2011 and 2012, and during the same period, was an external consultant for Amicorp Switzerland A.G.

From 2012 to 2017 Teresa was responsible for the department of Tax Law of J.A. Pinto Ribeiro & Associados. Later, Teresa worked in Luiz Gomes & Associados. She has also been a Senior Associate Lawyer at RFF & Associados.

Teresa joined PLEN in October 2019, where she is responsible for the Tax Law area.