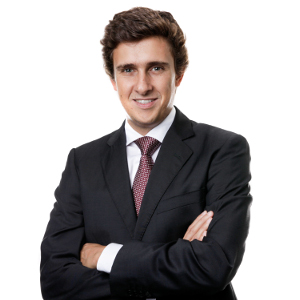 Jorge was born in Lisbon in 1987. In 2017 he graduated from the Lisbon University.

He completed a masters degree in International Business Law from ESADE / Ramon Llull University in 2017.

Between 2011 and 2013 Jorge practiced law at Cuatrecasas Barcelona's offices, in the Corporate and M&A and Restructuring and Insolvency departments.

Between 2013 and 2015 Jorge joined the legal department of Mozambican corporate group Insitec.

In 2016 he acted as Head of Legal and Compliance in Domínio Capital group.